Friends wanted a holiday with a difference. Not the usual coast and game parks. Since it was August, high on the list was the migration. That is, the annual migration of the wildebeest trekking in from neighbouring Serengeti into the Mara following the grass route that is their diet.

So with 10 days on hand to arrange a safari on a budget – that was the other thing – it had to be affordable and at the same time not cheap hovels. It’s a notion that you can only enjoy a holiday if you have tons of money in high-end hotels and lodges. Kenya and the rest of East Africa are opening up to local budget travellers in style.

This was easy. From the Mara to Mfangano via Mbita Point and return via Menengai – by chance all beginning with M, we set out to our first destination.

Taking the bottom escarpment road into the Great Rift Valley with a stop at the little chapel built by Italian prisoners of war (2nd WW) at the bottom of the escarpment on the road again built by the same prisoners, the quaint little building is entirely built by hand including the hand-chiselled blocks. The fresco in the wall was painted by the prisoner who was too sick to work and being an artist put his art to good use.

The migration in the Mara played its drama to the hilt with a million shaggy wildebeest on the grass plains of the Mara. When they arrive with the zebra in tow, it’s a feast in the Mara. In a day – and it’s only in the Maasai Mara l have ever seen this – all the big cats: prides of lions, leopard with cubs, cheetahs and a bonus, a rarely seen serval that’s more active at night. 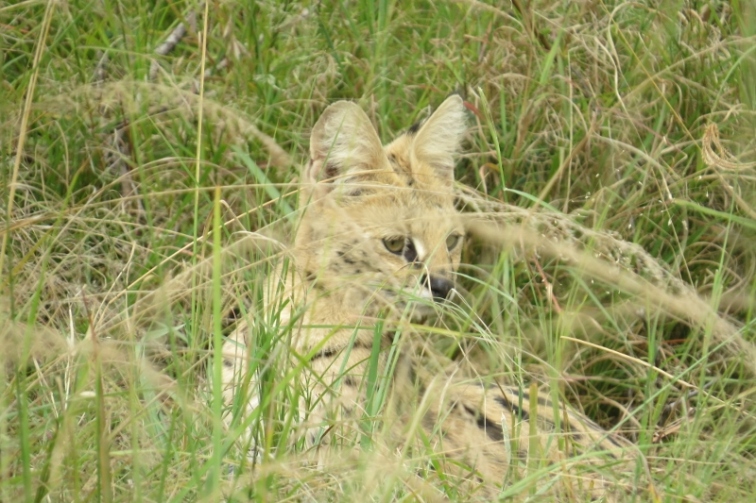 The vultures put on their show, rising with the hot thermals to scan the plains for carcasses. And when we saw the wildebeest pool together by the river, we knew that the crossing would happen. We’d been trailing the comical creatures called by the unflattering moniker ‘gnu’ because of the sound they make, since sunrise.

It was now midday. The anticipation of the crossing is drama-filled. Will they…won’t they? The herd moved to the brink of the steep bank and faltered. As the herd grew, the push from behind got the first ones to scramble down and after a few suspense-filled minutes, take the leap into the earth-coloured water. It’s incredible, better than in the documentaries with one snatched in the jaws of a crocodile. Three days spent at Crocodile Camp on the banks of the Talek River that flows into the Mara, we even became familiar with the resident crocodile that lazes on the rock. His life is bliss and when a wildebeest falls into the river, it’s his for the taking. After a stop at the Kenya-Tanzania border between the Serengeti and the Mara and the Mara River filled with vultures and hippos and wildebeest floating down, we drove out via Oloololo Gate and up the Oloololo escarpment to go island-hopping on Africa’s largest freshwater lake – Victoria

Checking in at Lake Victoria Safari Village, Jakeiyo the laughing god of the Luo is there to welcome. The lighthouse takes newcomers by surprise and it’s a novelty to spend a night in the room with a view.

Rusinga Island is back to its island status with a proper bridge connecting it to the mainland. We’ve hired a motorboat for the day to travel the islands in the lake: Mbasa the twin islands that could easily be the African version of the Galapagos, so filled with gigantic monitor lizards (resembling iguanas) and birds that there is no space (thankfully) for humans to walk on them. Landing at Takawiri for breakfast at the fishing village, fishermen sail in their wooden boats powered by lateen sails bringing in their catch from the night of the tiny omena, a silverfish, and spread out to dry while the bigger hauls of Nile perch and tilapia are taken to the weighing depot at the shore. 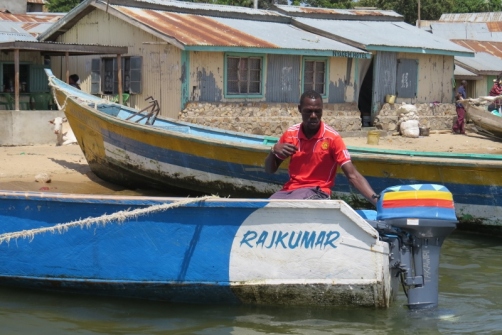 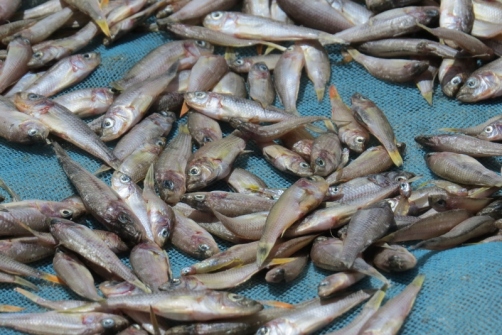 It’s a busy village with mitumba sold, kids playing, men repairing nets and women in their kiosks or selling fish. Back on the boat we’re off to Mfangano island to the 4,000-year-old rock art up a hill in a cave. The concentric circles represent the sun and the moon. Across the blue waters is Nzenze the island that legend has will follow the Suba people wherever they go. Tin roofs shine under the sun on Ringiti island, again fishers’ village and bordering Uganda. We touch the Ugandan waters before sailing to our abode for the night, Mfangano Island Beach Resort at the foot of the highest point of the hill. It’s quite a hike up through the forest but the view of the lake is worth the panting.

Two days later, we’re on the waterbus sailing back to Mbita Point that takes 40 minutes and drive to the little-visited Ruma National Park in search of the rare Roan, rhino and Rothschild giraffe. With only an estimated 30 roan remaining at Ruma, this subspecies has halved in a decade and we could possibly be seeing the extinction of another big mammal like the Northern white rhino unless something is done very, very soon. We see the Rothschild giraffes and plenty of antelopes and finally driving out of the park in the late afternoon with no hope of seeing a rhino, there in front of us on the roadside is the rhino. It completes the Big 5 seen – lion, leopard, elephants, buffalo and rhino. 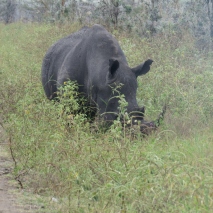 The drive from Victoria’s shores (after a morning swim in the still lake) past Kisii to Kericho is the veritable land of sugar, milk and tea. Kericho’s rich tapestry of green tea plantations is one of the most picturesque bordering the Mau Range. Wheat fields and maize plantations follow the road to Menengai Crater near Nakuru on the alkaline shores of Lake Nakuru. The lake is famous for its flamingos when in residence, rhinos and Rothschild giraffes including the lions and leopard.

Checking in at Maili Saba Camp on the rim of the crater in the Great Rift Valley that boasts one of the biggest calderas in the world, (largest volcano caldera in Kenya and the second largest volcano caldera in Africa), the 12 x 8 km caldera formed 8000 years ago while the volcano erupted some 200,000 years ago. It’s a little smaller than its famous cousin, the Ngorongoro (264 square km) in Tanzania. Dinner’s a delight in the rustic camp that began as a way to raise funds for orphans including setting up a tourism college for the youngsters and have them gain useful employment. Many of the alumni are at the Camp and service is impeccable. 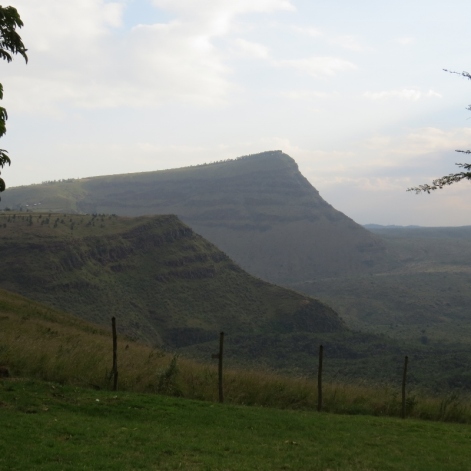 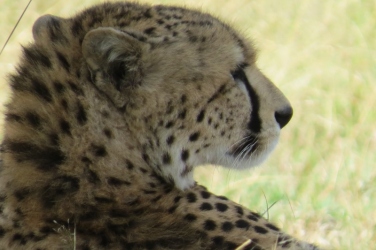 Lights from the geothermal rigs glow in the crater at night. Morning brings a hearty breakfast, after which hikers vanish into the crater for a couple of hours.

It’s back to Nairobi driving past the three-strung lakes in the Great Rift Valley – Nakuru, Elmenteita and Naivasha. It’s spectacularly scenic with Mt. Longonot the volcano in the midst.

Did we see everything in the 10-day, 1000-km round trip including touching the earth and waters of Tanzania and Uganda respectively? No because there is an unbelievable treasure trove to explore on Kenya’s west side which means every trip can be completely different.

One thought on “West Side Story”